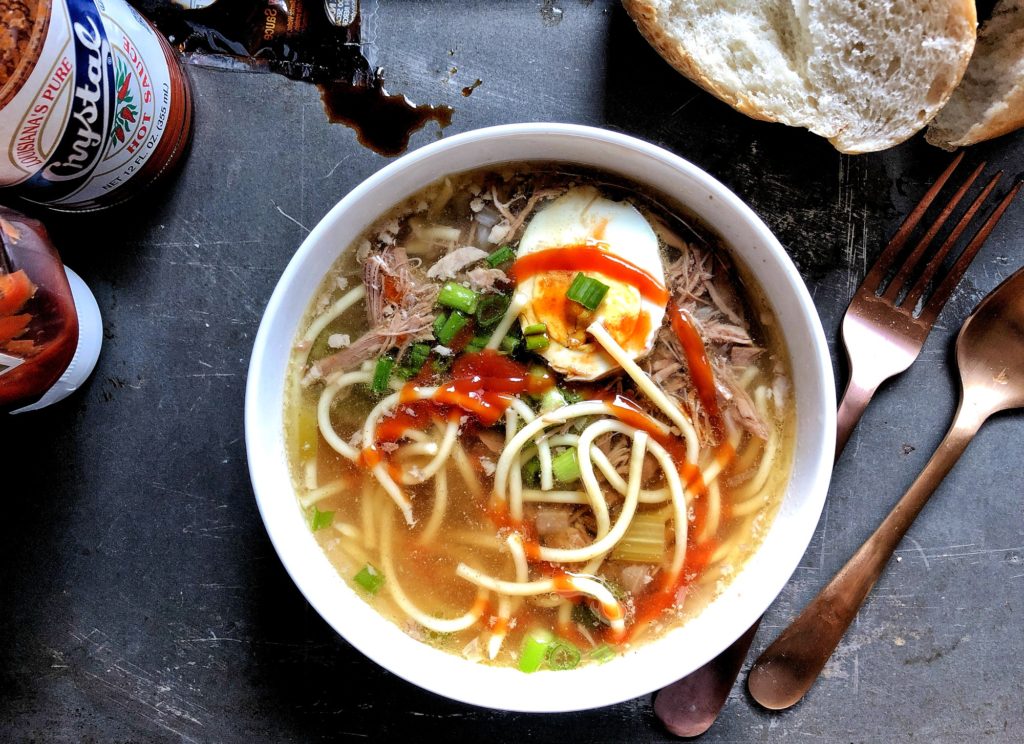 If you don’t know what yakamein is, it’s a New Orleans soup made with boiled beef in a seasoned broth, spaghetti noodles, and topped with a hard-boiled egg. It’s served with soy sauce, hot sauce, and even ketchup. This soup is also known as ‘Old Sober’ and has the superpowers to battle a hangover.

In 2012, the Travel Channel show No Reservation with Anthony Bourdain featured yakamein along with the Yakamein Lady, Ms. Linda Green. The episode not only made this soup an instant classic, it also made Green a local celebrity.

At the time, you had to seek out Green at a second line parade to get a styrofoam cup of the soup or you might be lucky enough to find a small grocery store serving it. But now, you’ll find this soup served at different restaurants all across New Orleans.

Whoever was the first to pour that spicy broth with shredded boiled beef over noodles and a hard-boiled egg will never be known. Different versions of its origins are around, but one thing is for sure, in New Orleans, it was a staple meal in most African American homes.

The soup was a recipe that was passed down from generation to generation and generally not written down. After Katrina, yakamein was almost a forgotten dish; then Ms. Linda Green served her great-grandmother’s recipe at the following New Orleans Jazz & Heritage Festival. From there, she suddenly became the sought-after Yakamein Lady everyone was looking for – even Anthony Bourdain. 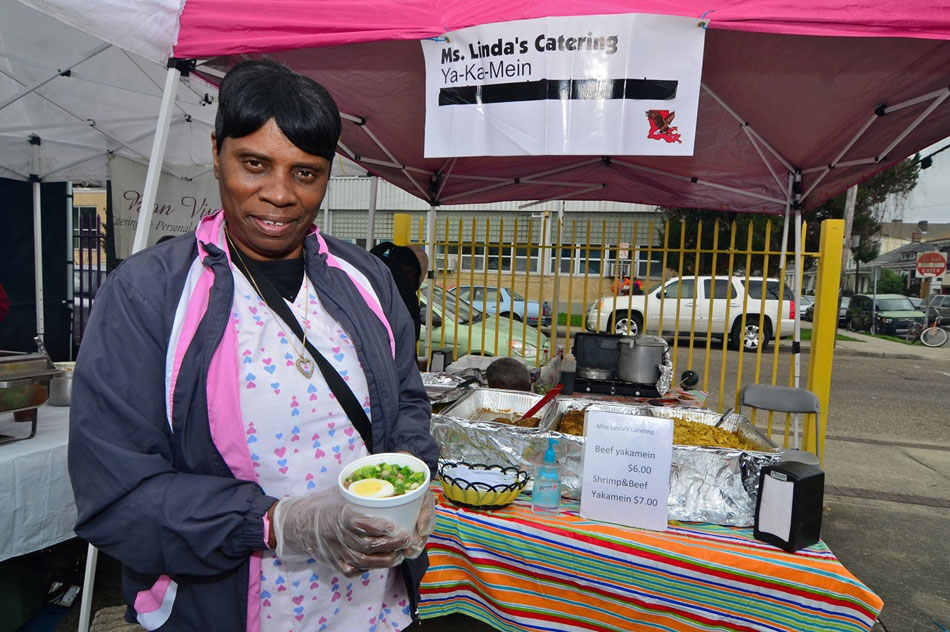 Look for Yakamein when you are in New Orleans. You may find it at the corner bar, a small grocery store, a second line, or even a version of the soup at one of the ‘mainstream‘ restaurants nowadays. The best you’ll find – the gold standard – is Ms. Linda Green’s yakamein. You can find her at second lines, the French Market, Odgen Museum After Hours, and various other pop up events around the city.

Until then, you can make your own at home. You don’t need to be hung over to enjoy the powers of this great soup! It’s an amazing tasting dinner everyone will love and it’ll warm your soul on a cool night. Don’t forget to tell others about it. That’s the best way to share the food and culture of New Orleans.

What’s your experience with ‘Old Sober’? Have you had Ms. Linda Green’s yakamein? Let us know in the comment section below. Yakamein is a New Orleans soup made with boiled beef in a seasoned broth, spaghetti noodles, and topped with a hard-boiled egg. It can also cure a hangover.

If you enjoyed this recipe, please subscribe to the Red Beans & Eric Newsletter so you don’t miss a recipe, interview, or review and I’ll send you a free e-cookbook. The downloadable book includes some of the most popular recipes found here on the website.