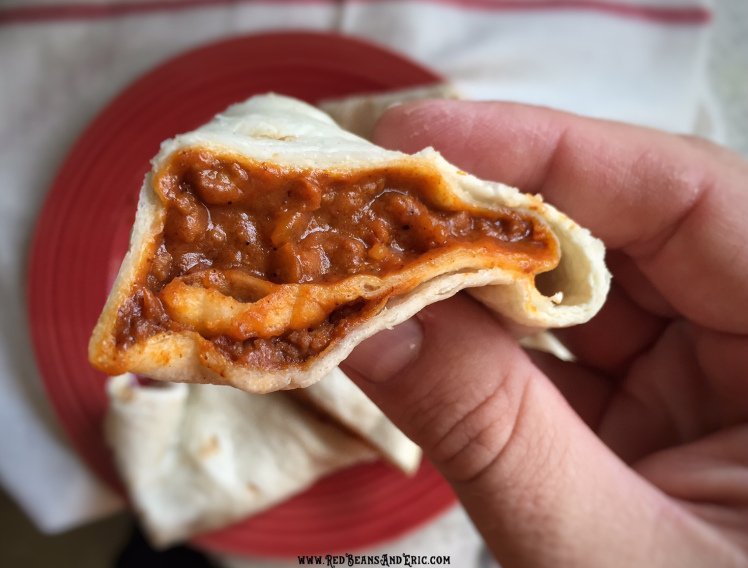 My formative years were in the ’90s. It’s my favorite music, television shows when I meet my wife and was able to buy my own food. Well, the only food I can remember, besides the Paul Bunyan Plus breakfast platter from Ram’s Horn, was the chilito from Taco Bell. I probably had one or two every day. I’m not kidding. I loved it that much. When I was in high school, I went to a vocational training center for the first part of my day. On the way back to the high school, whoever would be driving, would always stop at the Bell for lunch. And I bought a chilito or two every time.

At some point, Taco Bell changed the name of the chilito to the Chili Cheese Burrito. Apparently ‘chilito‘ means something completely different in Spanish than what Taco Bell was going for. I wonder who the marketing whiz that made that blunder was? But opposite to what the Spanish version means, this was a big burrito. It was steamed burrito packed with gooey chili and melted cheese. I thought that it was amazing and as long as Taco Bell was serving it, I was going to keep buying it. 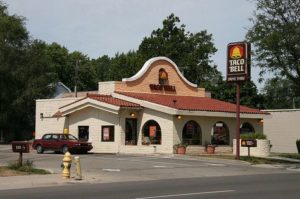 I remember taking a road trip once with an old buddy of mine. We were bored out of our minds. So we drove from Detroit to Sandusky, Ohio where the amusement park, Cedar Point is. The thing is, once we arrived in Sandusky, we went to Taco Bell and ordered our Chili Cheese Burritos. After eating I asked, ‘Now what?’ So we gassed up and made the two-hour drive back home. That’s not all we did in Sandusky. We did walk through the mall and bought a gift card for another friend who was having a birthday. The joke was on him when he wanted to spend that gift card because he would have to drive the two hours to the mall to shop. I hope that twenty-bucks was worth it!

Maybe in the late-90’s or so, Taco Bell discontinued the burrito – at least where I live – supposedly there’s an urban legend that some areas of the country still offer it. There’s another rumor that the Chili Cheese Burrito is on Taco Bell’s ‘secret’ menu. It must be a really good secret because none of the restaurants around me make it.

There are still times when I crave the cheesy burrito. Maybe it’s when Candlebox, Soundgarden or Nirvana is playing on the radio? I’ve searched online for copycat recipes. There are a few, but I have only made two that come close to the flavor of the real thing. The one I like the most is from CigarObsession.com. They offer a 14-minute video on the recipe. It’s cumbersome to watch and get the ingredients and proper steps. They also use multiple pots and pans to finish the dish. (If you want to watch the video and see how they prepare the recipe, here is the link.) I use the same ingredients that they do, but I simplified it so it can be made in one large pot. Plus, I wrote down the recipe!

Besides tasting amazing, the recipe makes a lot. In fact, there is so much that I used some of it for an equally amazing chip dip by stirring in some salsa. If you loved the Chili Cheese Burrito from Taco Bell and have been looking for a good recipe to match it, crank up the Pearl Jam, put on reruns of Friends, and enjoy this recipe!

It's gooey cheesy goodness wrapped up in a soft burrito. Taco Bell once served the chili cheese burrito 'The Chilito' near me. This recipe recreates those amazing flavors.

On again. Off again. Taco Bell keeps taking the Enchirito off the menu or removing it and placing it on that “secret menu”. But for how long this time? While it was discontinued this past time, I created an amazing Enchirito recipe that is not going anywhere! How does it look?

How do you make the Taco Bell-inspired Chili Cheese Burrito?

STEP 1: Brown the ground beef with the diced onions. Once browned, drain the fat and add cayenne pepper, salt, and chili powder to the pot. Pour in water and make sure that the seasoning is well mixed in and dissolved.

STEP 2: Add the refried beans and tomato paste and stir until the content are thoroughly combined and the texture is smooth.

STEP 3: Add the shredded cheese and keep folding the cheese into the beef mixture until it has melted.

STEP 4: Simmer the chili cheese sauce for 10 minutes, occasionally stirring so nothing sticks to the bottom of the pot.

To put the burrito together, first run each of the tortillas under the sink faucet to lightly wet. I warmed the tortillas by placing them on a microwave-safe plate, coving with a dampened paper towel, and microwaving for 1 minute.

STEP 1: Spoon about 3-4 tbsp of the chili cheese sauce into the center of the warmed flour tortilla.

STEP 2: Pull one end up to the center to cover the sauce.

STEP 3: Tuck the ends of the tortilla in.

STEP 4: Pull the opposite end down to make a finished burrito. Repeat these steps until all the burritos are made.

My family and I love this recipe. Based on how popular this recipe has been, it makes me wonder why Taco Bell doesn’t bring it back.

Let me know what you think of the recipe and the ‘chilito’ in the comments below. If you make it, please share it on your favorite social media site and tag me on Facebook @RedBeansAndEricBlog, or on Instagram or Twitter @RedBeansAndEric.

Thank you so much for all of the shares and comments!