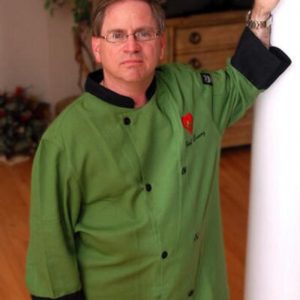 When you grow up in New Orleans, you probably grow up with one of the finest Creole or Cajun cooks around – usually a parent or grandparent. And if you’re lucky, they’ll teach you everything you want to know if you’re willing to learn. Tommy Centola had his mother.

Centola found himself spending any chance he had cooking with her. This love of food led him to a career in the food industry.  First starting off at LeRuth’s in Gretna, LA as a busboy. Working in the 5-Star restaurant, he had an education you can’t learn in books. He asked the chefs questions and they were happy to answer. This led to experiments with food he wasn’t familiar with and his food knowledge expanded.

He made his way to manage Cannon’s Restaurant in Gretna. There he developed new menu items and a healthier sugar-free menu. From there Centola went on to the largest food distributor in North America, Sysco Foods. He continued his food education at Sysco, but this time he was teaching and helping clients develop new menu items.

In late August 2005, a hurricane was headed for New Orleans. He and his wife headed to Shreveport, LA for what they thought would be a couple of days. But on August 29th, Katrina made landfall. Watching the news coverage of the storm and the aftermath, deep inside, he knew that he wouldn’t be returning to the Crescent City. Centola and his wife headed for Arkansas to stay with his sister-in-law. Things looked worse for New Orleans, so they decided to buy a house in Arkansas and stay. There, they quickly found out the difference between Arkansas and New Orleans – the food. 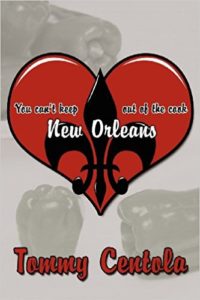 Still wanting to cook like he did before he relocated, between trips back to New Orleans and searching around his new hometown, Centola was able to find the foods he needed to keep his NOLA traditions alive.

By being away from New Orleans, he grew to miss it more and more. This deep love of the city led him to write his first cookbook, You Can’t Keep New Orleans Out of the Cook. By writing this book, Centola was still able to teach anyone who wanted to learn the ways of a New Orleans cook. Besides his cookbook, he also maintains the website, The Creole Cajun Chef. There he publishes recipes from New Orleans and the surrounding areas. For those in the Searcy, Arkansas area that subscribe to the Searcy Daily Citizen, you can also find his recipes published in the online edition.

I have used both dry and canned (Blue Runner) red beans. Nothing really unique in the beans. Sometimes I use tasso instead of pickle meat.

What do you serve with your red beans?

Red Beans any night of the week!

For more information on Tommy Centola, please visit his website CreoleCajunChef.com. There, you’ll find new recipes that he posts weekly along with info on his cookbook. If you subscribe to the online edition of the Searcy Daily Citizen, you can find his recipes published online.

Previous Post: « New Orleans-Style BBQ Chicken in a Buttery Sauce
Next Post: AL SUNSERI: How Do You Red Bean? »