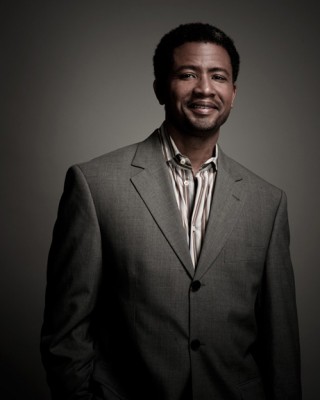 New Orleans is a place for storytellers. Ask anyone there or even one outside of the city who simply loves it, and they’ll have some anecdote for you about the Crescent City. The story can be about the food, the music, or the culture. It can be a comedy, a tragedy, or an autobiography filled with fantasy, drama, and history. But one thing you’ll undoubtedly hear in all the stories, for better or worse, is what New Orleans is really about.

One of New Orleans master storytellers is an award-winning writer, journalist, documentary filmmaker, and cookbook author, Lolis Eric Elie. He has no problems talking about how much he loves his city or the problems that go along with it.

He once said in an interview with Larry Blumenfeld of Blogs.ArtInfo.com, “The city government values culture only to the extent that it can be sold. And they don’t particularly value the people who produce culture. And that’s the education that this and every administration in this city needs. People didn’t come back to this city for the opportunity to play for tourists. They came back because of what it felt like to be here, because of what it meant to be here, because of the way we live in this world. But the mayor seems to think that what’s important is that there be red beans and rice on the menu for tourists.”

He went on to say, “what they {the politicians} miss is that I think you need to focus on those things you can’t get anywhere else and enhance those things. Instead, they take them for granted.“

The New Orleans born writer wrote for the Times-Picayune newspaper for 13 years and was never afraid to speak his mind and make the readers think. While working for the paper he wrote and co-produced the PBS documentary, Faubourg Treme: The Untold Story of Black New Orleans. The award-winning film led to Elie landing a job as a staff writer and story editor for the HBO show, Treme, thus leaving the newspaper. Treme was a dramatic series based on facts and actual events in New Orleans and the Treme neighborhood following Hurricane Katrina. 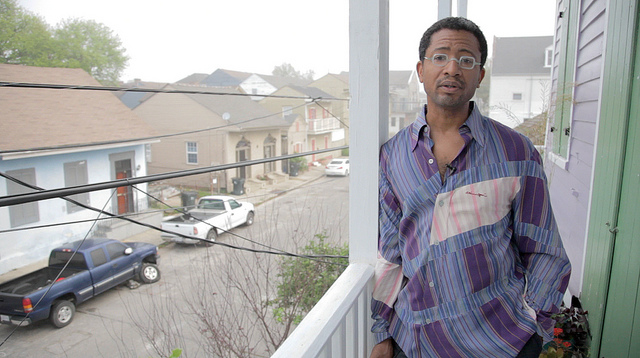 To go along with the show, Elie wrote a companion cookbook, Treme: Stories and Recipes from the Heart of New Orleans, that includes fiction and nonfiction stories inspired by the characters. His previous cookbooks include a book on the culture of barbecue, Smokestack Lightning: Adventures in the Heart of Barbecue Country and he was the editor of Cornbread Nation 2: The United States of Barbecue.

Elie has also been a long-time contributor to the Southern Foodways Alliance. On their webpage, he says, “Among our most original foods are those in the southern United States. And so my hope is to encourage that even further so that our food is taken seriously as any other food.”

As you’ll learn from his writings in the Treme cookbook and his other work in the New York Times, Washington Post, Gourmet, Oxford American, Saveur, Bloomberg or just listening to him speak, he loves the food and culture of New Orleans and is considered an expert on the subject by many.

I cook red beans so often, and you get them so often at receptions, parties and other events that I seldom order them in restaurants. I remember ordering them at Restaurant August on the first Monday they were open after the flood. That was symbolic, though, for the restaurant and the patrons.

What do you put in your pot of red beans?

I always use dried beans. It seems sacrilegious to me to use canned beans, though I know some true blue New Orleanians swear by their [canned beans]. I started putting smoked turkey wings in my beans at a point and I found I really liked that flavor. Pickle meat, smoked sausage, smoked turkey, all of that can work.

I don’t know of anything I put in that everyone else doesn’t put in—onions, garlic, celery, oil, bay leaf, bell pepper. Well, Habanero pepper. I like to combine black pepper and dried Habanero pepper.

Once, when I was a kid, I remember my mother made some red beans on a Saturday and I was eating them waiting for my father to come pick me up. I even remember the pot she was cooking them. What I remember most about those beans was the flavor of black pepper. I was a kid, so they couldn’t have been too hot.

I try to get the spice level so you can taste the pepper but you’re not reaching for the ice water.

What do you eat with your red beans?

I love red beans and fried chicken as a combination. Smothered chicken or pork chops can also be good. It’s funny though, my friend Bethany Bultman points out that folks put so much meat in the beans that it’s really like pork and red bean soup. To add another meat on top of that seems excessive now that we’ve discovered health concerns, etc.

I always think about red beans and rice on Monday, but I cook them and eat them on any day that suits my fancy. My uncle Caston, who used to own Pack-A-Jug liquor store on Orleans Avenue used to say he wouldn’t eat red beans on Sunday. That screamed poverty to him. When they were coming in up Depression times, beans and the like were often the only dishes you could afford to have day to day. So, Sunday dinner was special and he couldn’t imagine eating beans on Sunday if he could afford not to.

I didn’t grow up in the Depression so beans don’t have that meaning for me. For me, beans are all about New Orleans or, by extension, the Creole world. I think about Haiti and Santiago de Cuba. I cook them whenever I want to raise the flag.

What are you working on now?

I’ve been living in LA, the land of 1,000 projects. I’m not up to 1,000 yet, but I’m getting close. I’ll reserve further comment until some of these trees bear fruit.

Previous Post: « Chicken Drumsticks Da Pope and the Health Benefits of Garlic
Next Post: LITTLE FREDDIE KING: How Do You Red Bean? »