For over 13 years on a Monday night at the Maple Leaf Bar in New Orleans, you could find John “Papa” Gros and his band, Papa Grows Funk mixing hard-hitting grooves and heavy funk beats along with the complexity of jazz improvisation. Over the course of those years, Papa Grows Funk has built a legacy as one of the greatest funk bands around.

Gros grew up in Baton Rouge, Louisiana. He was always around music, not only growing up on New Orleans music and 1970s pop radio, but he also had his father, jazz musician Don Gros, help influence and guide him. After he earned a degree in French Horn from Loyola University, he moved to New Orleans to start his musical journey.

While playing at bars on Bourbon Street as a solo singer-pianist, and after the midnight set when most tourists were gone, Gros would slip some of his original songs in with the cover songs he was hired to play. Soon, word got out about him and his music and he was asked to back up some of the biggest names in New Orleans music like George Porter Jr., and Snooks Eaglin. Playing behind these two legendary musicians, who became his mentors, became an education in New Orleans music that you can’t get anywhere else.

In 1995, Gros joined George Porter Jr.’s band, Runnin’ Pardners. Not only known as being respected, seasoned, and talented musicians, the Runnin’ Pardners were also known as a quintessential New Orleans band where they mixed rock, funk, R&B, and more for a unique sound.

Gros slowly made the transition from jamming with friends on the side to forming Papa Grows Funk, and after five years with Porter Jr., Gros put his attention on his band. Over the course of the 13 years they were together, they toured the world and released 6 critically acclaimed albums. Each of the members was in such high demand for more lucrative gigs that it became a difficult juggle between the group and side projects that ultimately lead to the band folding.

This gave Gros the time to fully focus on his solo career. In April 2020 he released his third solo project, ‘Central City‘. The album is a love letter to New Orleans and its music and is a collection of classic songs along with some new originals.

Gros said this on his website: “Sharing New Orleans with the world is my calling. That’s what I have been doing and that’s what I’ll do the rest of my life.”

He truly is a proud local who carries on the tradition of New Orleans music and not only honors the past but also helps to shape its future. Just spend a little time on his Facebook page, watching one of his live online concerts, or talking with him, you’ll understand that he has not only become an ambassador to the music of New Orleans but an ambassador for all of New Orleans.

My Maw Maw made the best pot of red beans, simple and traditional.

I hated beans growing up. I remember my Dad was on a low carb, high protein diet and he made red beans twice a week for 6 months. The whole house smelled like red beans and it drove me crazy. It was in college where I learned to love red beans. My Maw Maw had passed and I don’t know if I was missing her or her cooking (still miss both) and had to learn how to make them.

Red beans are a New Orleans cultural tradition. The history behind “wash day” and the smell of my Maw Maw’s house. Every New Orleanian has their version of this tradition. It’s what unites us while making each family unique.

Luckily, I’m forever flooded with loving memories of my Maw Maw. She was full of love and shared a lot of it through her cooking.

I will only cook and eat a pot of beans on a Monday but will enjoy the leftovers throughout the week.

I think the best recipe for red beans is written on the back of the Camelia beans package. I have a couple of things I change and/or add based on my tastes, but it’s tried and true. Soak the beans overnight. Chop trinity. Sauté meats, could be ham, sausage, Tasso, or whatever you have. then Sauté trinity. Throw it in the pot with some seasonings, bring to a boil, then cook on medium for a little while, then simmer for a few hours until the consistency and texture are right.

On Monday, Cornbread if anything. By the end of the week, it’s a side dish and can accompany anything.

Did you have any new projects that you’d like to pass along?

My current record is called Central City and I’m still actively promoting it, especially the seasonally appropriate song, Mardi Gras. Here are a few quotes describing it. Central City was a year-long documentation of a life long journey in New Orleans music.

I also live stream, called GroSTREAMs, every other Thursday at 8 pm CST from my Facebook page at https://www.facebook.com/JohnPapaGros/live/.

For more information on John “Papa” Gros, please go to his website https://johnpapagros.com. There you can find up-to-date info on online live events, tours, his online store, and more. You can

“I wanted Central City to be the soundtrack to any New Orleans party from Carnival Ball to Crawfish Boil.”

“Central City” is the latest chapter in the life of John Gros, the singer, and pianist and his lifelong tribute to his city’s diverse musical legacy. His feel-good originals hold their own alongside his takes on beloved songs by Allen Toussaint, Lloyd Price and the recently departed John Prine.
A stellar supporting cast, which includes Papa’s former boss, bassist George Porter Jr., as well as drummer Herlin Riley, Creole banjoist Don Vappie, and trumpeter Mark Braud — he of Harry Connick Jr. — has defined the cultural, historical and musical significance of New Orleans for generations. New Orleans native John “Papa” Gros has been celebrating the Crescent City’s culture with the world for over three decades. It’s definitely a thing. 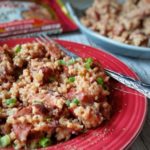