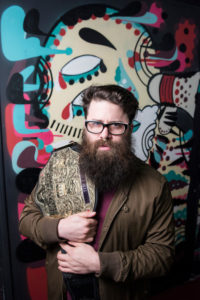 Chris Trew would best be described as a modern-day Andy Kaufman. Kaufman was an actor, a dirty lounge singer, and a wannabe wrestler. Trew is also an actor, a rapper, and works as a wrestling manager. But Trew is also a blogger, a vlogger, a teacher, a promoter, and a New Orleans Pelican Superfan.

Like Kaufman, some of Trew’s comedy is meant to blur the lines and perhaps makes you feel a little uncomfortable. Kaufman is famously known to read the entire book, The Great Gatsby, during shows, but Trew took that up a notch and recorded himself eating food and shared the meal-time on his popular YouTube channel. You can watch him, with his long thick beard, eating spaghetti for nearly 12 minutes; or, you can watch as he describes how his computer is getting low on space and he can only record himself eating half of a cheeseburger, yet goes on about the restaurant he purchased the burger from and how they gave him two straws. If you get Andy Kaufman, you’ll get Chris Trew and you’ll see why he was named one of Paper Magazine’s ’10 Comics You Should Know’ in 2015.

Trew has come a long way from his start in comedy when he was a part of the LSU sketch-comedy group, Studio8, that he created in 2000. The group eventually moved from Baton Rouge to his native hometown of New Orleans before Hurricane Katrina hit. The storm forced Trew and the others to relocate which started the breakup of the comedy team. While the others moved to Los Angelas, Trew went to Austin, Texas. There, he started a new comedy group, The New Movement, with his friend, Tami Nelson. TNM, which is a performance theater and training center for those that want to learn comedy and improv, grew in popularity and allowed them to eventually open a location in New Orleans in 2010. This brought Trew back to his hometown. 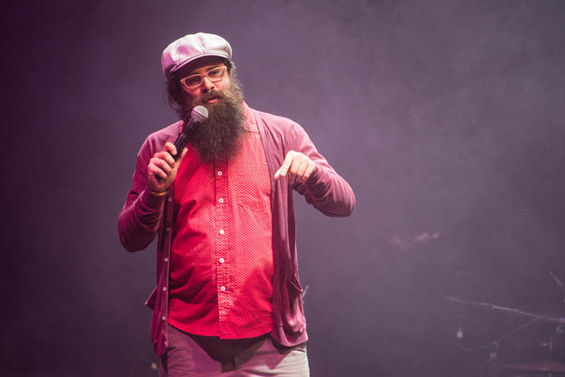 Since moving back to the Crescent City, Trew has co-authored the book, Improv Wins; established the mega-comedy event, Hell Yes Fest; runs the sports-themed podcast Trew 2 the Game; he also supplies the online video content for the New Orleans Pelicans. And just like the videos of years past – like Trew eating a bowl of salad for just over 14-minutes – he puts the Pelican players in that awkward position of, is this guy real or is this guy goofing around?

While Andy Kaufman intended to drive you away with his brand of humor and wanted you to leave utterly confused, Chris Trew’s intention is to not only have you second guess his humor but to have you come back for the experience of it again. Trew won’t shy away like Kaufman, he’ll let you in on the joke, he’ll teach you how to do it, and he’ll encourage you to do your best. He’s not only a Pelican’s superfan, he’s a superfan of the art of improv and of the city he loves: New Orleans. Once you discover his comedy, you’ll be a Chris Trew superfan for life.

Who knows, maybe he’s on to something. Maybe I’ll record a 20-minute video of me eating a bowl of red beans and rice. I’m sure it wouldn’t have the same effect though.

Whoever makes it happen at the Smoothie King Center. Maybe it’s because I like Pels so much, but it just tastes better there.

What types of memories are brought up when you have red beans & rice?

Being called into the house for dinner and having to stop mid dunk on the playground.

My primary recipes is shaking a bottle of Crystal for every goal I’ve accomplished that day on some red beans that someone else cooked.

Do you prefer dried beans or canned?

Dry’em up and out, playboy.

Do you use a particular brand of rice?

What do you serve with your beans?

Sass! I am powered by sass.

I am doing Comedy weekly at The New Movement on St. Claude. Also, check out my stuff at Pelicans.com – podcasts and live shows every week! 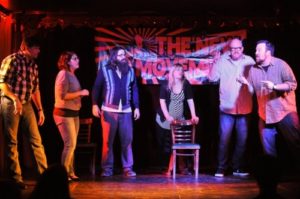 The New Movement Theater is located at 2706 St Claude Ave in New Orleans.

The red beans are served with smoked sausage and white rice at the Smoothie King Center. The beans can be found at the 300 level at the Big Easy Favorites stand. They are also served as part of the suites menu.

CenterPlate is the catering service that operates the concession stands at not only the Smoothie King Center but also the Mercedes-Benz Superdome.